I was recently offered a job in Taipei, Taiwan, that would start later this year. It’s a wonderful opportunity and could do wonders for my career. I’ve been a little hesitant about accepting this job for a number of reasons. One of which was I had never been to Taiwan; I was unsure what it would be like to live there and if I would like it. Having lived in China for almost three years now, I know that it can be daunting and taxing to live on the Mainland. While I know Taiwan is different to the Mainland, I needed to know that information first hand. Which led me to spending a few days in Taipei for me to get an idea of the city and whether I could live there.

My first day in Taipei was just getting accustomed to the city and settling in at the hotel. The first thing I noticed about Taiwan was how organized things were on the small scale. Things like people lining up was a nice change from chaotic blobs. I also noticed as I was walking from the metro to the hotel that I didn’t hear any cars honking. It was nice to not be surrounded by obnoxious and loud noises. 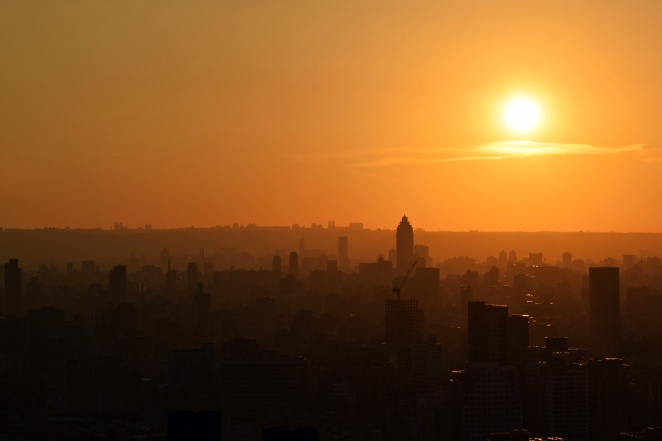 Since I arrived late in the afternoon I thought a nice hike up Xiangshan to see the city sounded relaxing. The hike around Xiangshan was nice. The views up there were amazing, and you could see all around the city. Since it was near sunset, the lighting of the city was beautiful. It was a nice start to the trip. 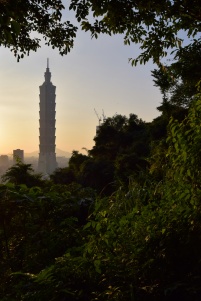 The next day I ventured first to see Longshan Temple. Settlers from Fujian province built the temple in 1738. Since that time it has served as a place of worship and a gathering place for locals. It was a beautiful temple and was well maintained. 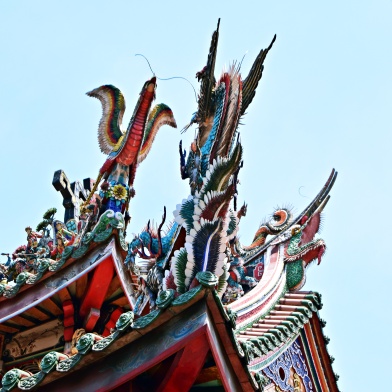 Afterwards I went and explored some of the more traditional parts of the city. One of which was the Bopiliao Historical Block. This block houses some of the oldest buildings in the city; they have been converted into an artistic area. There were a number of modern art exhibitions in these buildings. It was a neat area.

North of it I visited the Redhouse, a historic building built by the Japanese in 1908. Continuing my walk I went and saw another interesting temple: Qingshan Temple. Unlike many other temples I’ve visited. This one was built up instead of out. It was quite interesting to see the different shrines on the different floors. This temple—like many of the other temples in Taipei—was colorful, bright, and had ornate decorations. They were a bit different to the temples in Guangzhou, which tend to be darker in color. 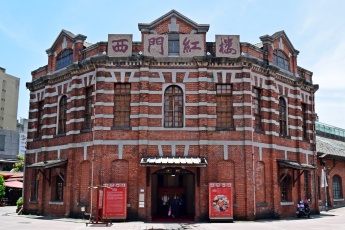 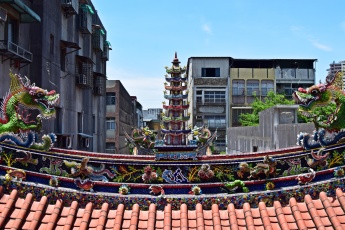 Late in the afternoon I went to see the Chiang Kai-shek Memorial Hall. This complex was built to commemorate Chiang Kai-shek, the former President of the Republic of China who ushered the move of the government from the Mainland to Taiwan. This place was huge and was amazing. I watched the changing of the guards and visited the different parts of the park. While most of it was somber and dignified, there were little whimsical parts to it as well, such as the reindeer sculpture.

Later I went to the 2/28 Peace Memorial Park and the National Dr. Sun Yat-sen Memorial Hall. The Sun Yat-sen Memorial Hall in Taipei is much more modern than the one in Guangzhou. The one in Guangzhou is architecturally more traditional in style, whereas the one in Taipei seems to be a combination of modern international with traditional Chinese. I ended the day with some shopping and having dinner at Taipei 101.

I woke up and looked out the window to see that it was raining. Museum day I decided. I had planned on going to the National Palace Museum during my trip, but wasn’t sure when I would go. The weather helped me make that decision.

The National Palace Museum traces its founding to the Palace Museum in the Forbidden City in Beijing. Due to internal and external conflicts, much of the collection found its way to Taiwan. The collection encompasses over 10,000 years of Chinese history, the majority of it collected by the emperors of China. The museum indeed has an impressive collection and it was interesting to see the different aspects of Chinese culture throughout time. One of the exhibits I found interesting was one which combined traditional art with modern technology. It really showcased how technology can give a different perspective to art. It was neat to interact with art that way.

Once I was done inside the building I was relieved to see the rain had start to diminish. I went to Zhishan Garden next to the museum and walked around it. It was quite peaceful and relaxing after all the people inside the museum.

Since the rain stopped I decided to go to Tamsui, a sea-side town in New Taipei. There were a number of interesting things to see there. The former British consular residence next to Fort San Domingo was intriguing. It overlooked the river and gave a glimpse into how Europeans lived in Taiwan in the nineteenth century.

Further north of this area was Hobe Fort. This was a cool find. I saw a sign that pointed to it but didn’t think much of it. I was tempted to skip it and go back to the main town. I decided since I was there I may as well see what it was like. I’m glad I did. This fort was nicely preserved. It was built at the end of the Qing Dynasty to protect northern Taiwan. While it was never used for that purpose due to the changing political scene in China, the fort was able to be preserved over time.

Next to the fort was New Taipei Martyrs’ Shrine. Like Hobe Fort, this was also a nice find. It was quiet and serene. I was the only one there and it was nice to walk around and see the shrine in peace. Both the shrine and the fort were my favorite parts of my visit to Tamsui. 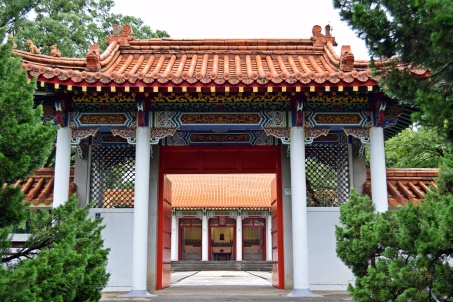 On my third day in Taipei I decided to go to Yingge. A community in southern New Taipei known for its ceramics. Yingge was a cool little place that had streets lined with palm trees and a lot of neat galleries with different types of ceramics. After seeing what different types of ceramics they had I went to the Ceramics Museum. This museum was nicely organized with some neat exhibits about the history of the ceramics in Yingge. It was really nicely done. 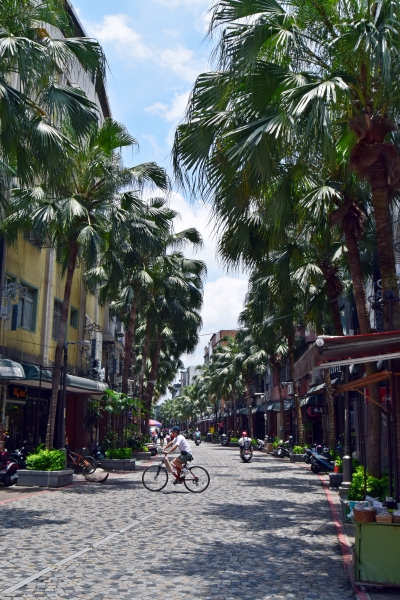 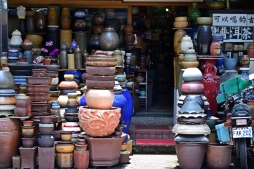 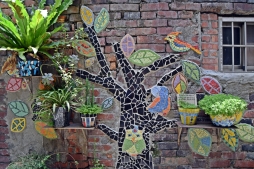 Before leaving Yingge I decided to go and walk around one of the parks there. Yingge means Warbler Song; the town received its name from a rock that sort of looks like a warbler. The rock has had many legends associated with it. It was a nice walk to see it before heading back into Taipei. 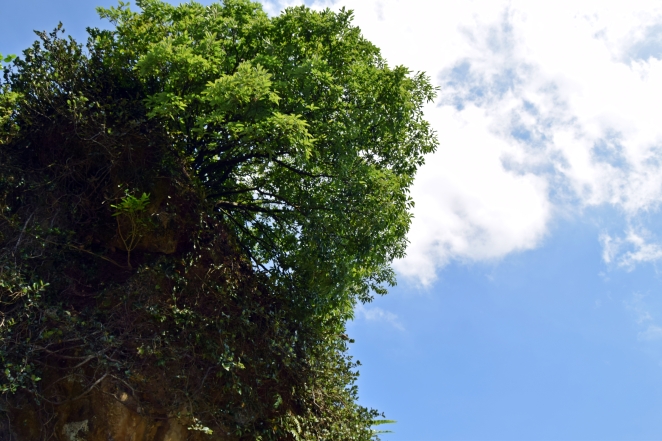 That afternoon I did some shopping and went to the Songshan Cultural and Creative Park. This area used to be a tobacco factory, but has since been turned into a cultural area with different cultural and creative exhibits. It reminded me of Redtory in Guangzhou. 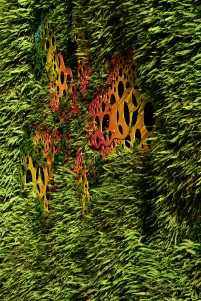 On my last full day in Taipei I decided to go to Yangmingshan National Park. This park is north of Taipei and is huge. It’s also beautiful. I took the Mt. Qixing trail and went up to Qixing Park and to the peak of Mt. Qixing. To accomplish all that required the climbing of a lot of stairs. When I mean a lot of stairs I mean I overexerted myself and strained my left leg. It was worth it though. The area around the peak of the mountain was amazing. When I got close to the peak I started to see butterflies. There were so many butterflies up there. I had never seen that many butterflies fluttering around outside of a butterfly preserve. It was truly dreamlike walking around the tall grass, the wind blowing, and the butterflies flying all around. It was truly magical. 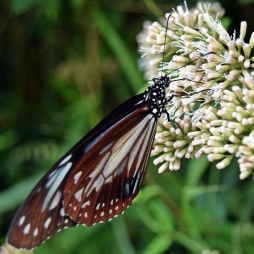 Later that day I went to the Martyrs’ Shrine in Taipei. This shrine was much bigger than the one in New Taipei. Both were quite unique and special. The Shrine was beautiful and it was a nice way to end the day. 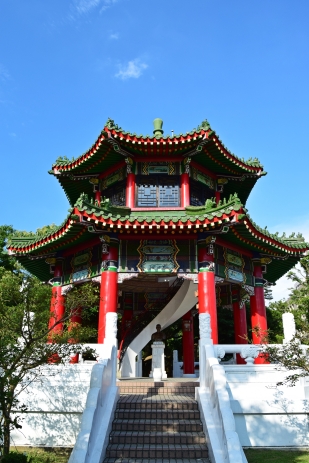 I left Taipei on my sixth day. My flight was delayed, but I eventually made it back to Guangzhou. It was an enjoyable trip. I learned a lot about Taipei and liked what I saw. While this was my first impression of the city, it did give me a positive outlook on it. Now to make the decision of whether to move there. 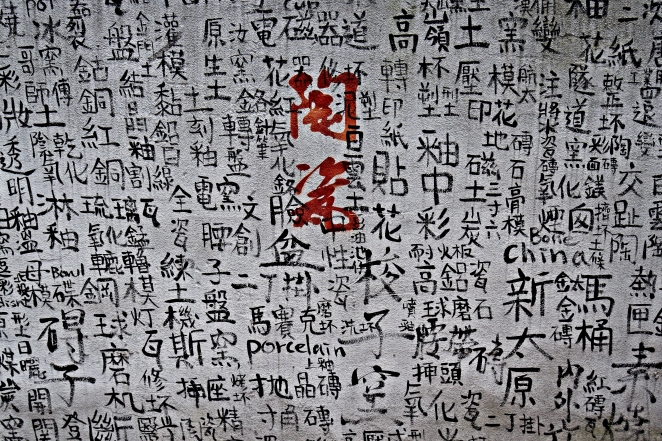