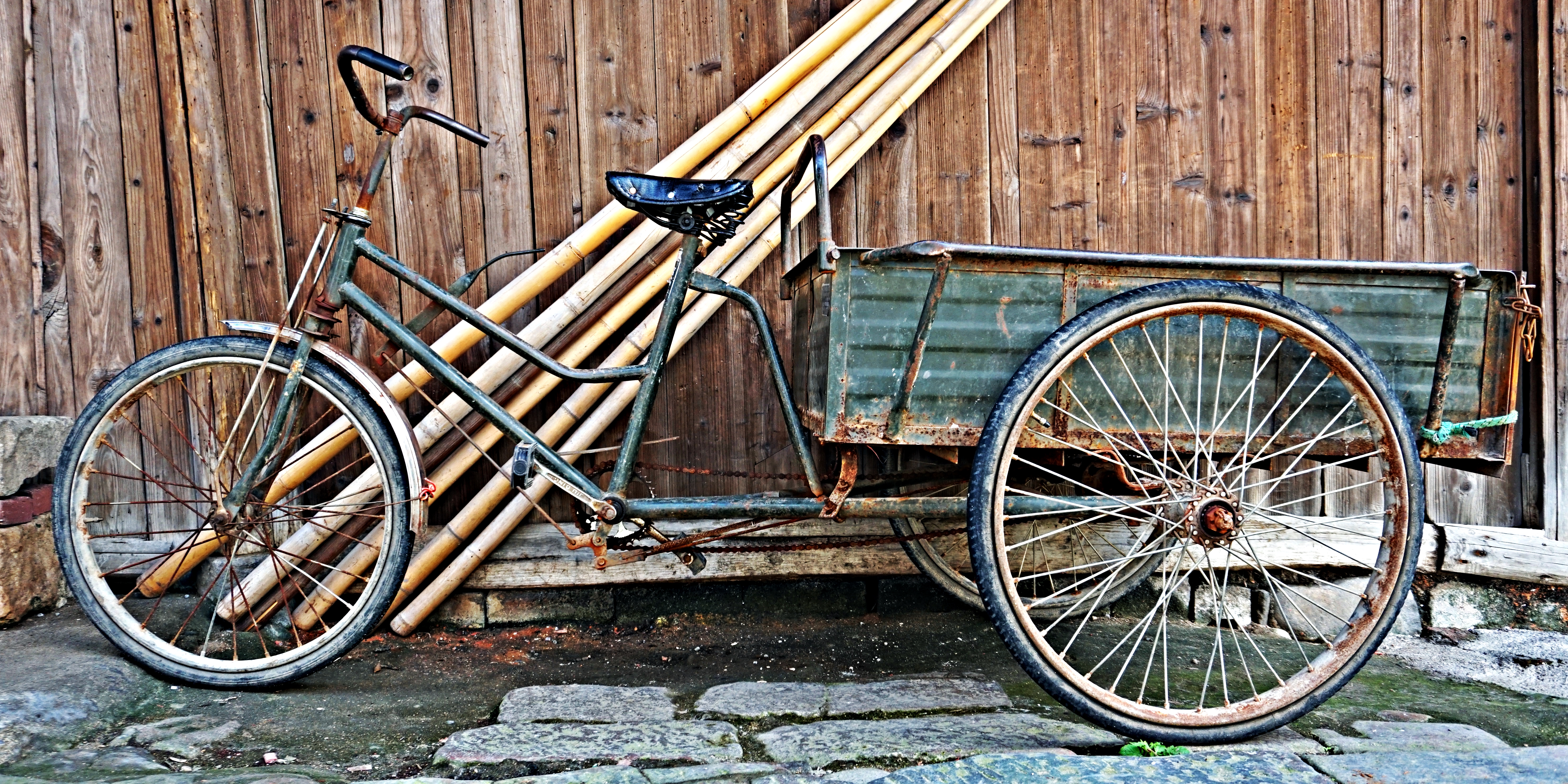 While in the U.S., Jun’s mom contacted us and asked if we would come to Yongping—Jun’s mom’s hometown—for the birthday celebration of Jun’s aunt. In addition to the birthday, Jun’s mom was going to have a house warming party for her new apartment in the family’s new house. It was essentially going to be a few days of merriment.

Jun felt excited at the prospect of seeing his mom and other relatives and agreed. He quickly planned the trip for the first few days of May. And as soon as he was done with his planning, we continued to enjoy our time in Oklahoma with my family.

The start of the trip started with an early morning flight from Huizhou to Shangrao. It was a quick flight and we were soon walking out of baggage claim for Jun’s mom to greet us. One of her friends kindly drove us back to Yongping.

When we got to Yongping we first stopped at Jun’s aunt’s house to say hello and have breakfast. We had soup noodles, a typical meal for breakfast. They were quite good. After we had finished we then walked to the tea house the family had just opened: 心上茶水吧 (Tea on My Heart).

At the tea house I tried a tasty lemon tea and met some of Jun’s relatives. After visiting for a bit, the family then closed the tea house and went back to the aunt’s house for lunch and the first of many large meals.

The lunch was quite nice. During lunch I was introduced to many more of Jun’s relatives. After a bit, we went up to the second floor with some of Jun’s relatives that he grew up with to rest for a bit. After a short while, we then went back to the tea house for after lunch tea.

After having seen the house, one of Jun’s cousins took some of us to visit the historic village of Shitang. The village was famous for paper production. It was well renowned throughout Chinese history for its paper. The Chinese Imperial Court had used paper from here for official purposes. 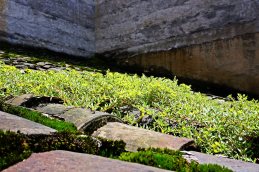 As we walked around the village you could see examples of the old paper mills. Many have fallen in disrepair and others have been torn down and replaced with more modern buildings. But a beauty emerges from the ruins of the older buildings. It’s possible to imagine what life would have been like in the past: The villagers producing paper and traders shipping them on the river to different destinations in China. 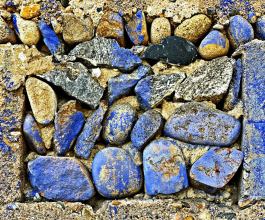 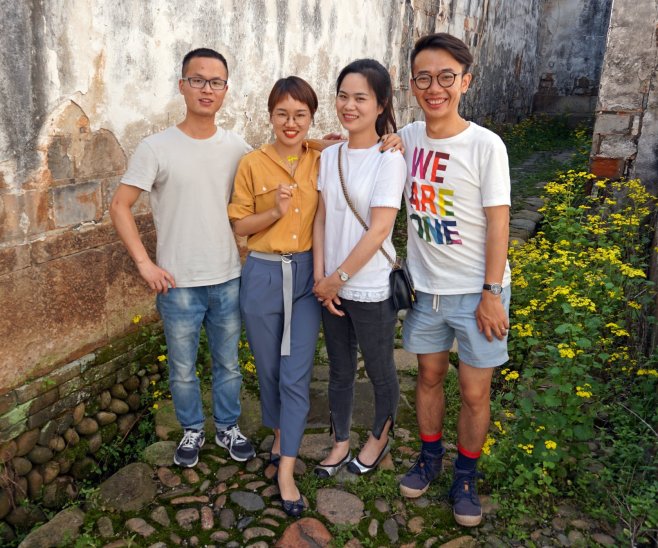 After having walked around the village, we soon had to return back to Yongping for the birthday dinner. The dinner itself was quite wonderful and full of people. Every corner of the house downstairs and into the courtyard was occupied by tables of people celebrating the birthday of Jun’s aunt. It was a nice gathering.

Soon, however, it was time to leave. We first walked around Yongping a bit; Jun and his cousin gave me a tour of the place. Then we went back to the tea house for a bit before heading back to Jun’s mom’s place. When we got back to the apartment, we were soon ready for bed and called it a day.

The second day of our stay had us wake-up with the roosters. So early! It’d been many years since I had lived in a rural village. All the memories of being frustrated at roosters waking me up in the morning came flooding back. Fortunately, I was able to fall back to sleep and the roosters cooperated. Later in the morning, Jun’s mom woke us for breakfast. After breakfast, we took our showers and then rested for a bit.

Jun and I took a walk around the house and enjoyed the beautiful morning. The house is surrounded by mountains and fields. It’s quite a beautiful area. When we returned it was time for an early lunch. The food was good. Jun then informed me that we were going to his aunt’s house for the birthday cake. Apparently, today was the actual birthday and, thus, the cake.

We took a scooter to the house and had a piece of the cake. Then, some of Jun’s relatives decided to visit Ehu Academy. The academy is one of the four great historic academic institutions in Jiangxi province. Throughout its history, many famous Chinese scholars visited the academy and debated on Chinese philosophy, such as the famous Ehu Zhihui in 1175.

The academy was really interesting. Jun’s nephew explained the importance of the academy to me, as well as some of the artifacts we saw as we walked around the place. It was a really fascinating insight into the history of this corner of China. 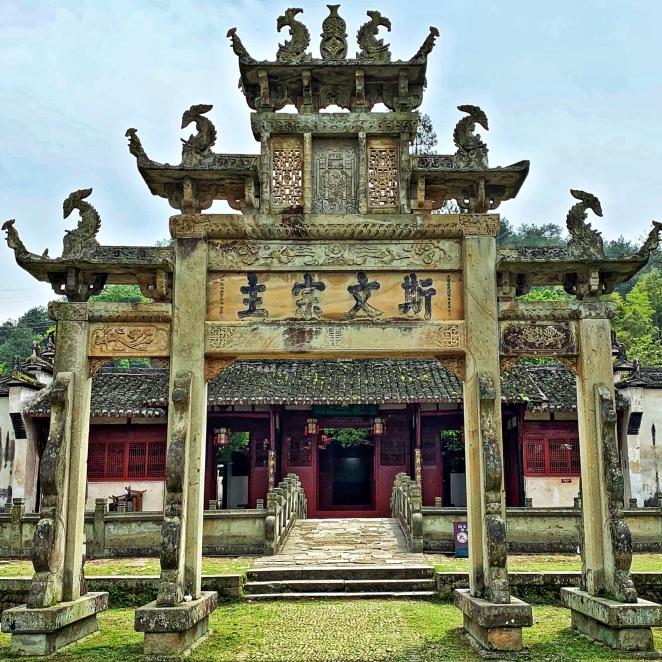 After our visit, we then went to Hekou to visit the historic district there. Hekou, historically, had served as a distribution center for the surrounding eight province. The remnants of Ming- and Qing-style architecture still predominate along the waterfront. Unlike in many other places, these structures are original and in disrepair. They are in much better condition than those at Shitang, but they haven’t been rebuilt or torn down to the degree that has occurred in many other places in China. It was really nice to see these structures and to walk around the area. 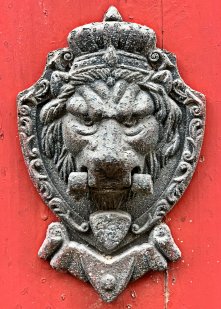 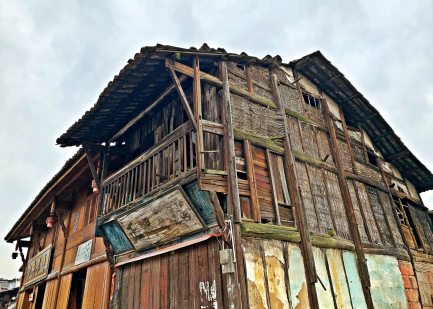 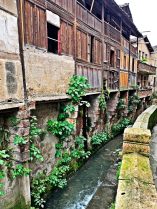 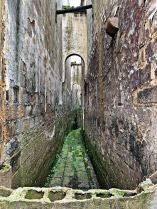 After our visit there we went back to Jun’s mom’s house for the housewarming party. It was a wild night. Jun’s mom hugged me for the first time and I felt welcomed into her house without any qualms. At midnight, there were firecrackers and fireworks, as well as a ceremonial pyre for the family to walk over the threshold of the house. It was really neat to witness these traditional customs.

Soon, however, it was time for bed.

Our last full day in Yongping was a relaxing one. In the morning, Jun and I had breakfast and then took a walk around the area. We got to see some really neat old buildings and beautiful pastoral scenes. 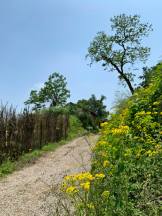 After our walk we had another celebratory lunch with family and friends. It was another wonderful meal.

For the rest of the afternoon, Jun, his cousin, and I went berry picking. It was fun trying to find wild berries. It was like a natural puzzle. It was also just great to be out in nature. I was proud of myself for finding a few of the berries. When we got back we washed our little berries and ate them.

For dinner that night the other family members in the house had their house warming dinner. So we ended up enjoying another big meal. After dinner, we went into the town to do some shopping for things we would need on the train ride back to Shenzhen. After we had bought some items, we went to the tea house to have some final snacks local to Yongping.

When we were finished we went back to the house and got ready for the firecrackers and fireworks at midnight. 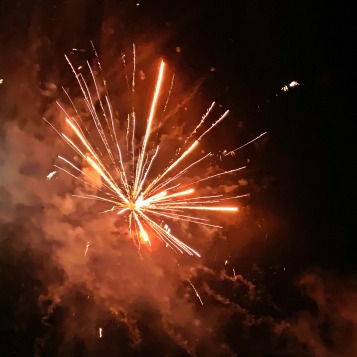 We got up early to ensure we would arrive at the Shangrao train station on time. Everything went smoothly, and we were soon on the high-speed train back to Shenzhen.

The time in Yongping had been wonderful. While we were always busy, it also recharged me. Being in a quiet area with wonderful people was a great way to spend a few days.