Last year when we went to Chaozhou, we saw that the train station was actually between two cities: Chaozhou and Shantou. Since we had already been to Chaozhou, Jun and I thought it would be nice to go to Shantou this year. So in the middle of August we took the train from Shenzhen and went to the eastern part of Guangdong once again. 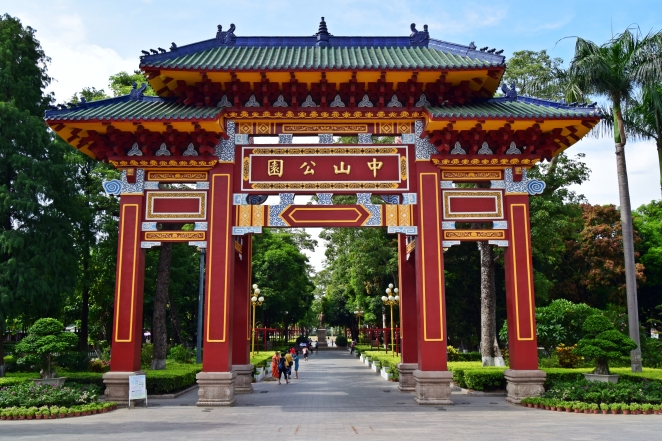 After taking the bus from the train station to the central district of Shantou, Jun and I checked-in at the Shantou International Hotel. This was by far one of the nicest hotels I’ve ever stayed at. The staff was friendly, and our room was spacious and comfortable. And as a nice surprise, the hotel staff delivered a complimentary local dessert in the early evening for us to enjoy. Unfortunately, neither Jun or I actually liked the dessert. The thought, however, was nice.

After having cleaned up a bit, Jun and I then went to have lunch at a beef hot pot place that is popular in the region. The food was quite good and made us ready for an afternoon of exploration.

After lunch we walked to Zhongshan Park. As we went around the park Jun noticed that it kind of had everything you could possibly want in a park in a condensed form. There was a small zoo, a roller-skate rink, a museum, a botanical garden, a lake area with boats, and plenty of space to rest and enjoy the day. It was nice to walk around the park and see the different things that made it unique. 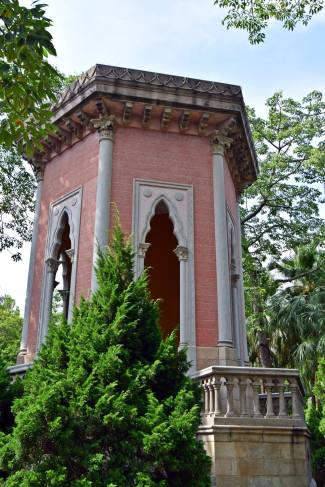 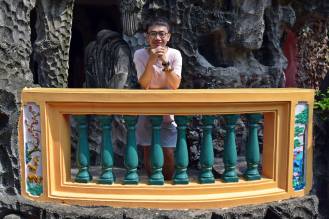 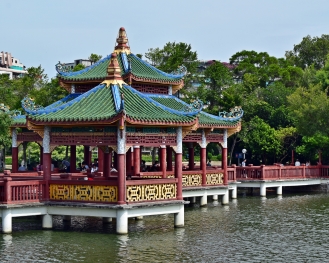 After that we walked towards the old city center. Currently they are redeveloping the area; entire neighborhoods are construction zones. We were still able to see what the architecture looks like, and it had a nice mix of Western and Eastern influences. You could clearly see this dichotomy in the Small Pavilion Park that had a Chinese structure in the middle of a square that was surrounded by more Western-style buildings. It was an interesting area. When they are finished with the construction it should be a nice area to visit. 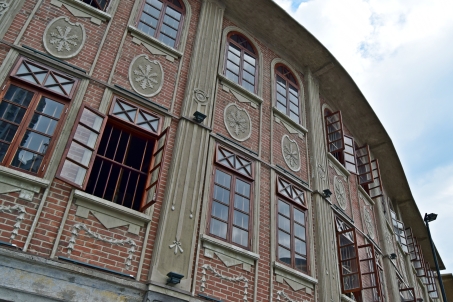 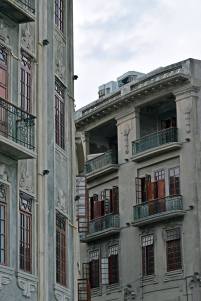 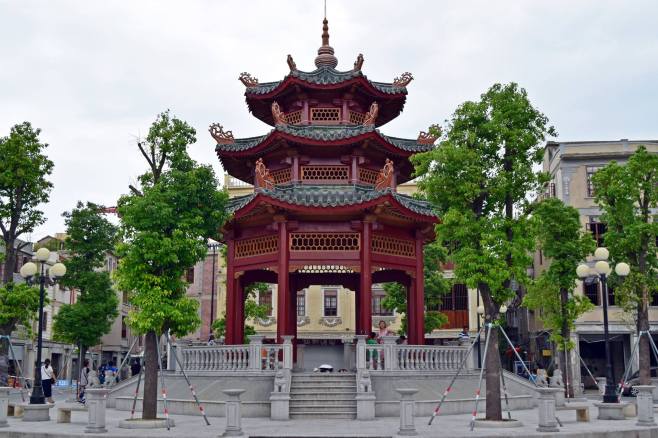 From there we went to 1860 Creative Park near the waterfront. This area used to be a middle school in Shantou that was converted into the creative park. There were some interesting aspects to it. There’s a mix of offices and abandoned school room that leaves a vibe of creative abandonment to the place. 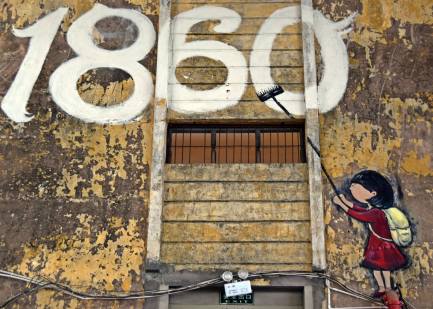 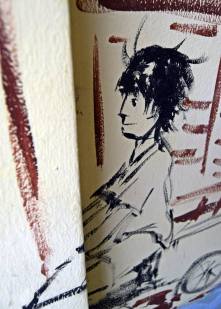 Once we were done going around 1860 we went to Xidi Park. It’s a small park next to the waterfront with some nice landscaping. 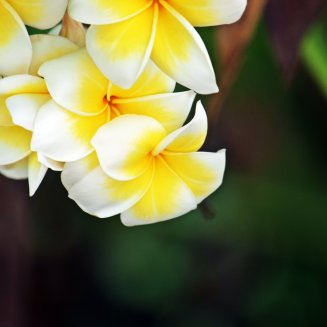 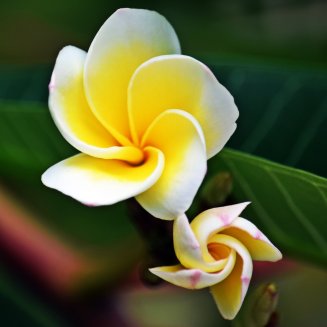 From there we took a leisurely walk along the shore towards Qilu Battery in Shipaotai Park. The old fort was really neat and a quiet place to explore. As Jun was taking pictures, however, a young boy started to make fun of him by emulating the poses Jun was using to take pictures. I saw the boy from a distance. When he came closer to me I put my arm around him and he started to panic. He began to speak to me in Chinese by saying he was sorry. I told him in English that I wasn’t the one he needed to apologize and I frog-walked him to Jun to apologize. He was so confused that he was apologizing in Chinese and English. I told him to be nice and that being rude to other people could be detrimental to him. Someone less kind could hurt him if he was not careful. At that point I let him go and he ran away to his friends looking mortified. 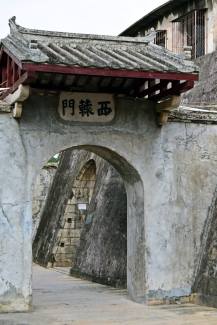 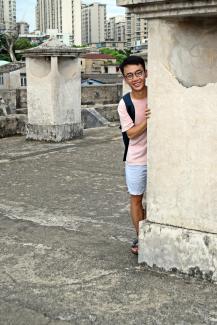 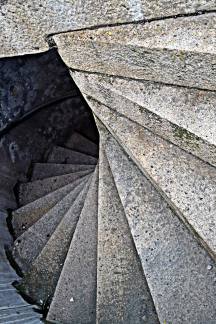 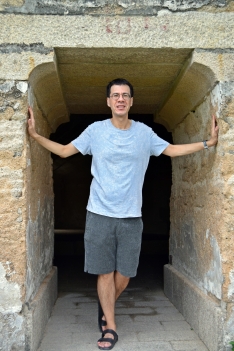 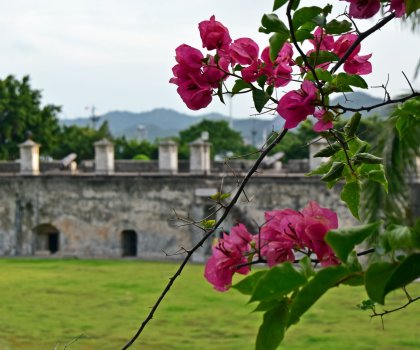 The rest of our time at the Qilu was uneventful. We soon had to leave because the park was closing. We decided to go back to the hotel to clean up before we went to dinner.

Dinner that night involved seafood where we chose which fish we wanted to eat. It was quite delicious and affordable. Afterwards we got dessert and went back to the hotel for the night.

The next day we went to a village on the outskirts of Shantou. The highlight of the visit was exploring and appreciating the Chen Cihong Former Residence. The structure consists of many halls and rooms built by a wealthy family in 1910. It was the home for the Chen clan for many generations before it was converted into a historic museum. The structures are an interesting mix of Western and Eastern influences that creates a unique place. It was really fascinating to see the different ornamentations in each room. Much care must have been needed to maintain such an intricate and complex structure for a family to have lived there. 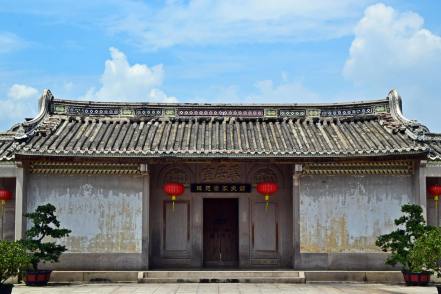 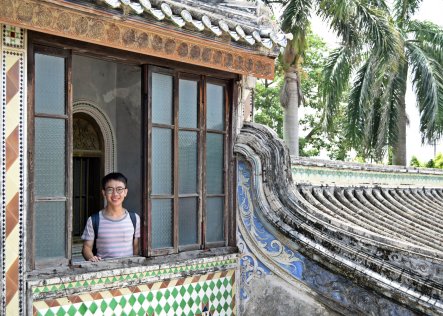 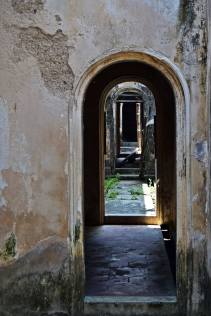 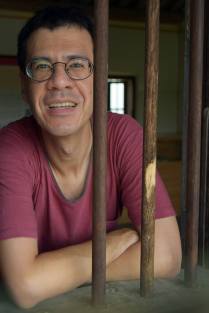 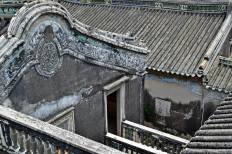 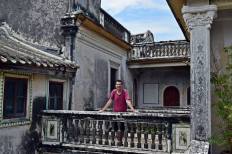 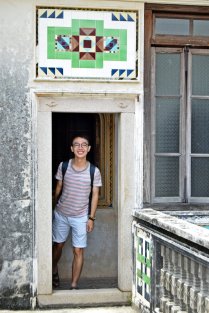 When we were done with that area we went to visit a temple on Tashan near the village. It was a nice, quiet area with beautiful buildings in the upper part of the mountain. But after a while Jun and I were ready for lunch and took a car back to central Shantou. 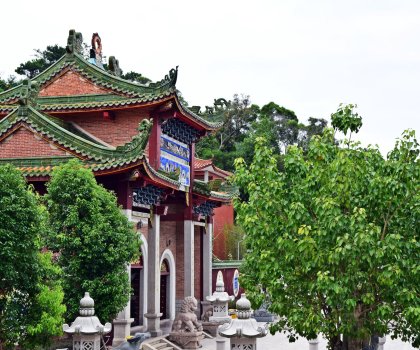 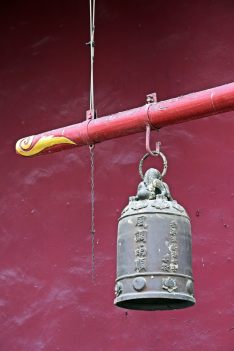 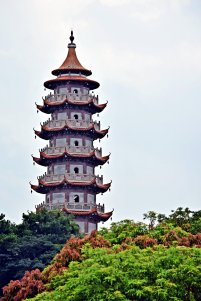 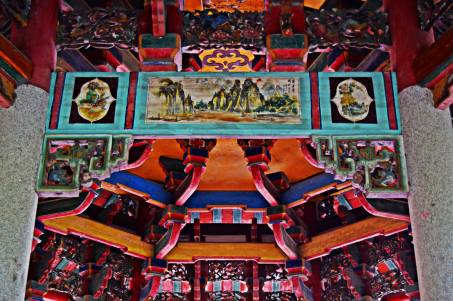 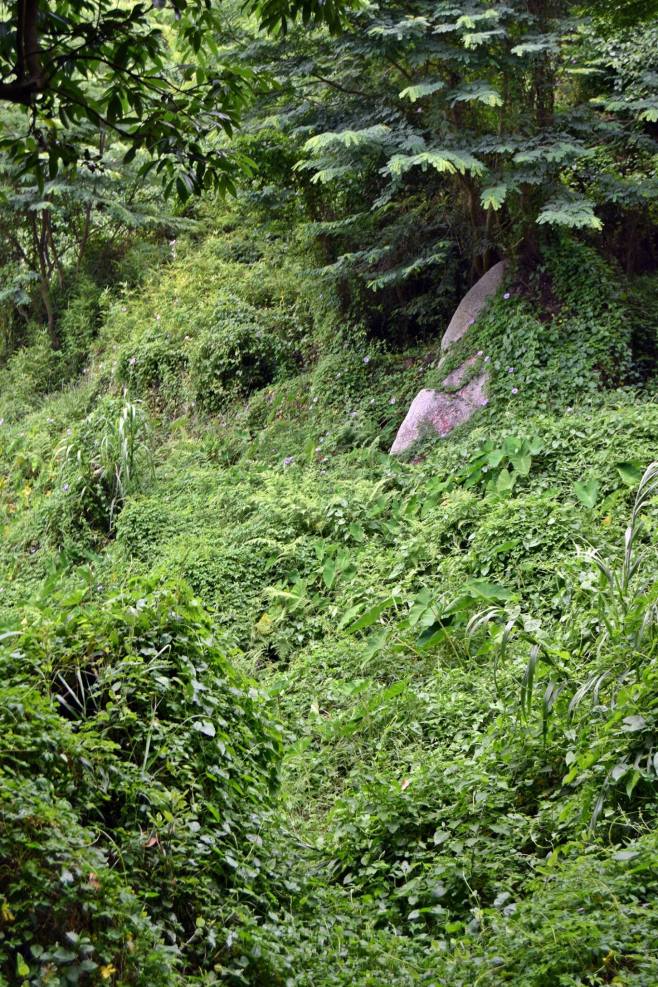 For our last meal we had steamed seafood. It was really neat to pick out the different seafood we wanted and then to steam it at our table for us to eat. That was a nice way to end our trip. From there we took the bus to the train station and then the train back to Shenzhen.

Overall, it was a nice visit to Shantou. It was quite a unique and different city in comparison to those of the Pearl River Delta. It was definitely a great weekend retreat that Jun and I both needed. 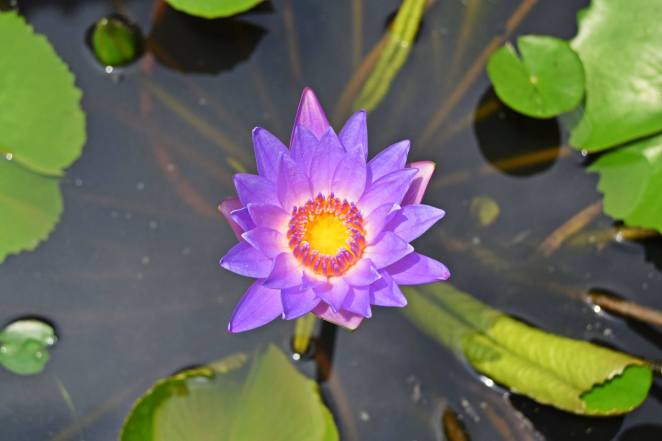