The Spring Festival finally came! Over two weeks of vacation to do as we wanted. To take a break from winter, we decided to travel to Indonesia for the break. We decided first to go to Yogyakarta on the island of Java. The area has a lot of historic sites in and around it.

We arrived late at night and decided to take a rest from traveling and have an early dinner. We went to this small restaurant called Warung Heru. It’s a family owned place and they were friendly and helpful. The food was incredible! 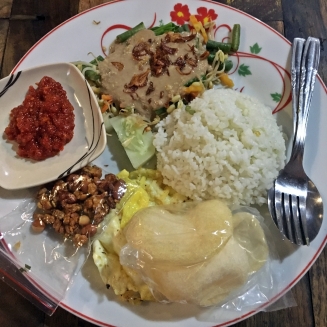 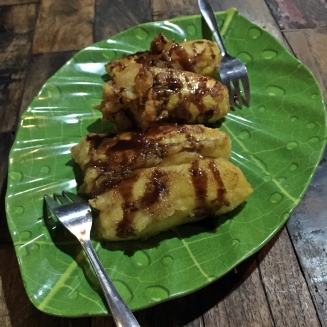 Our first full day was a busy one. We got up early and decided we would walk to the central area of the city. The first place we went to was the Kraton district, which is where the royal palace is located. As we tried to get our bearings, a man approached us and asked us if we needed help. I was a bit wary about a random person coming up to me, but he was insistent that he just wanted to help us. He told us that he lived in the Kraton and wanted to practice his English. I was still dubious. He then emphatically stated he didn’t want any money and that he would guide us around the area. He said he didn’t have anything to do at that moment; later he would be playing at a wedding as one of the musicians. At that point he started giving us a history of the area. He took us to see some nice things in the Kraton. When it was time for him to go to the wedding, he thanked us and pointed us to the palace. It was a pleasant surprise that he was genuinely curious about us and wanted to practice his English.

The rest of the morning and early afternoon we explored the palace and Malioboro Street. The palace was a beautiful place, and we were able to see some dancers and musicians practice there. It was soothing to watch them move with careful precision. 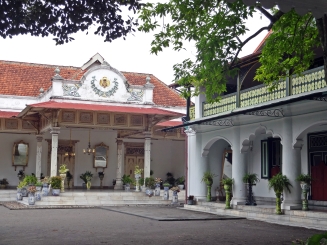 Molioboro street was cramped with food stalls, stores, and motorbikes. There were so many motorbikes, and yet traffic seemed to move at an orderly and steady pace.

After the hectic nature of that area, we decided to take the bus to see Prambanan Temple. It’s a 9th-century Hindu temple compound dedicated to the Trimurti, the expression of God as the Creator (Brahma), the Preserver (Vishnu) and the Destroyer (Shiva). We took one of the TransJogja buses to get there. As we were traveling to the temple it started to rain. We were a bit concerned that we might not be able to fully enjoy seeing the temple. When we got to the temple it was still raining. We decided to see if we could wait it out. After about 20 minutes the rain stopped and we went to the temple. It was quite amazing. The temple was much larger than we had expected. As walked around Prambanan we were struck at how detailed the architectural features were. We enjoyed our visit to the temple and were thrilled that we got to see the sunset there. Afterwards we went back to the hotel. 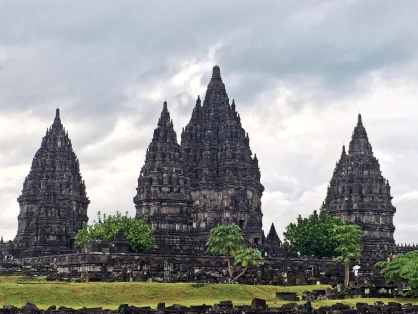 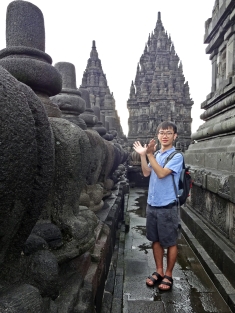 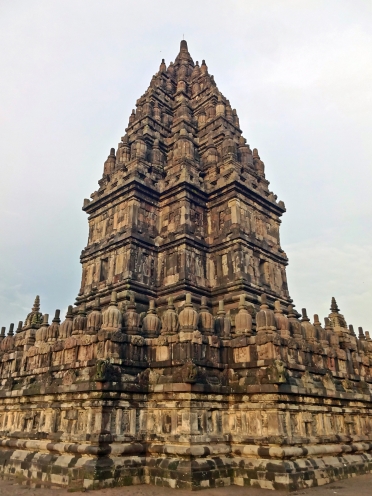 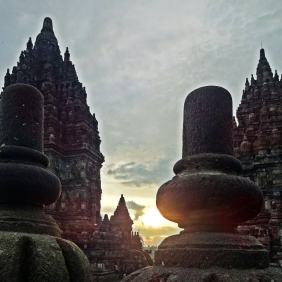 On our second day we went to Borobudur, a 9th-century Mahayana Buddhist Temple, to the north of Yogyakarta. It took about  two hours to get there by public transportation, but it was nice to relax after the previous day. Borobudur was a grand temple and it was nice walking around the structure and grounds. There were times when there was no one else around and we got to enjoy the little spot we found to ourselves. The view from the top of Borobudur was amazing, you could see the surrounding countryside for miles. After we had seen all we could, we stopped for a quick bite and headed back to Yogyakarta. By the time we got back it was already early evening. We had dinner and relaxed the rest of the evening. 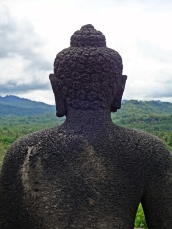 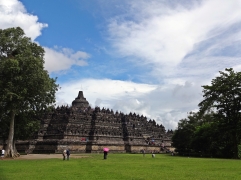 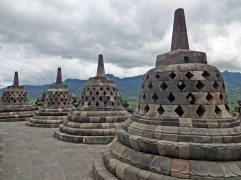 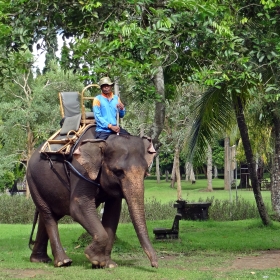 On our last full day in Yogyakarta, we decided to go the Water Castle Tamansari. It used to be the private swimming pool of the sultan of Yogyakarta. There were a number of pools there, and it’s easy to imagine the royal family and their guests enjoying spending a hot summer afternoon at the pool. Near the Water Castle is Sumur Gumuling, a semi-underground structure that is not really used anymore except for people to come and explore the area. It was kind of like a maze to walk around the place. It was a fun experience. 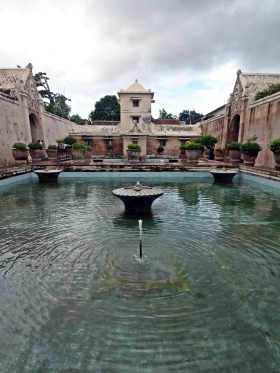 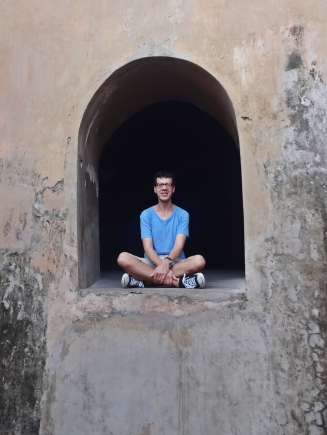 Afterwards we had lunch and then walked to Kotagede. It’s a small community that is historically known for its various silver workshops and historic, traditional buildings. The area was super cool. We had fun going through the tiny alleys and to see the different types of workshops. 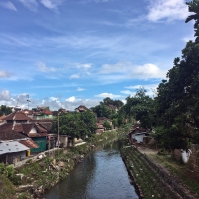 I particularly enjoyed visiting the Monggo Chocolate factory. The chili chocolate was amazing. I wish I could have brought more chocolate bars back with me. While walking around the neighborhood we saw this cart going from house to house. We saw the cart stop at a house and a woman came to the window and asked the man for a bottle of milk. This man was the milkman! We went up to him and browsed what he had to offer. We decided to buy some chocolate milk; it was creamy and delicious! Kotagede was one of the neatest places I’ve visited and it was a nice way to finish our trip in Yogyakarta. 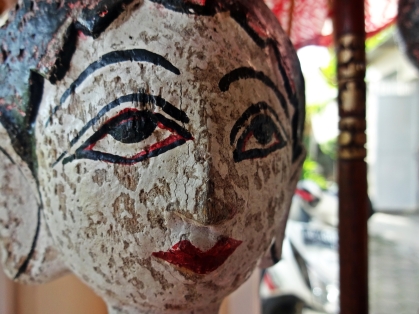 The next morning we had an early flight and we flew off to Bali for the next part of our vacation.